Home
Features
5 Games we can’t wait for in 2013!
Prev Article Next Article

Having seen some great games already this year, there are still plenty to look forward to! August marks the beginning of the release of the annual blockbusters. 2013 has, and will be, a huge year for gaming, with the release of the next-gen consoles just round the corner, and already with several contenders for game of the year released, we are so excited and can’t wait for this fall!

But just in case you have no clue what games are being released in 2013 (in the event you have been trekking around the globe or literally been living in a cave) or simply just interested to see what we are excited for, here our top 5 games we can’t wait for this year!

What would the list be without Grand Theft Auto V? It is the most anticipated game of the year, by a long mile, and will no doubt break several sales records in the process. But why are we so excited for GTA V?

We just love Grand Theft Auto, so a new game with just a new story and map would have had us jumping for joy! But GTA V brings a whole lot more to the table than just guns, cars and murders. For the first time in the series, there are 3 protagonists, all who are interlinked into the story, giving us the freedom to choose who we want to play as! And the best open-world games are the ones which give you the most things to do! If you ever get bored of performing robberies or committing an actual Grand Theft Auto, then why not take part in some leisurely activities? Play some tennis, yoga, triathlons, jet skiing,  tennis, golf, scuba diving, even go for a workout. You know, that sort of thing?

Everything about GTA is getting us super excited, from the massive map, to the customization, to the missions and activities, Grand Theft Auto V is going to be something special. 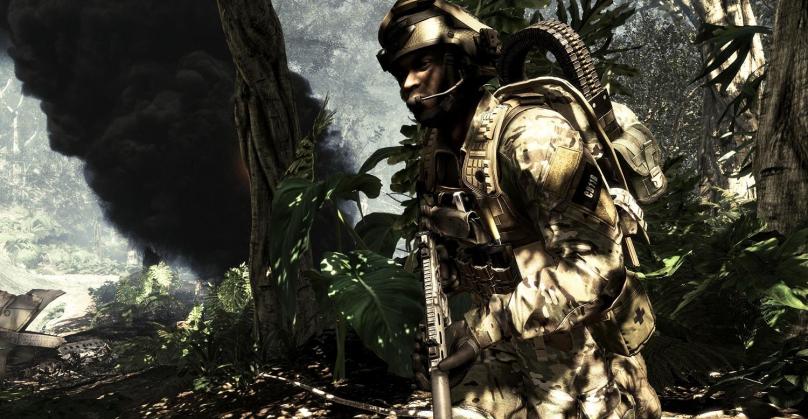 Ah yes, the annual installment of Call of Duty. No matter how much you despise the franchise, you can’t get away from the fact that Call of Duty is as big as ever! Even for the multiplayer alone, COD is always a worthwhile purchase, and this year will be no different. Developers Infinity Ward are back in the driving seat, and they usually deliver an action-packed campaign and terrific multiplayer.

Ghosts takes place at a time when the United States is no longer a global superpower, and are vulnerable from new threats which keep arising. To tackle this, the remains of US Special Forces come together to form an elite force known as “Ghosts”. Expect another cinematic single-player campaign which you will for sure have you wanting to play till the end. Several changes have been made to the multiplayer, for the better. You will now have extensive customization over your character, dynamic maps (Remember the Skyscraper map?) and more tweaks to make the experience even more engaging and challenging. Will Ghosts live up to the usual COD hype?

As much as we looked forward to Assassin’s Creed III, it ultimately for us, didn’t live up to our expectations. The main reason being Connor. Did anyone actually like him? It’s become commonplace for an annual release of Assassin’s Creed, but after making the leap from 3 to 4 with nothing in between, maybe Black Flag will this time return the series to it’s former glory. That shouldn’t be too hard though as it features pirates! PIRATES!

We won’t let Creed get away with it that lightly though, Pirates can’t save you from everything, but it’s a new and fresh beginning for the series. The game will wrap up the Kenway’s stories from AC3, and with naval combat being one of the highlights from the last game, we are looking forward to exploring the open-waters in the Caribbean. With 3 new cities to explore, as well as a wealth of pirate activities to participate in, hopefully Black Flag will be a game to remember.

Call of Duty’s one and only true competitor, Battlefield, returns with their latest installment, Battlefield 4! If you enjoyed number 3, you will no doubt be excited for 4! Although the single-player campaigns don’t usually tend to offer much of a memorable experience, it will be online where we will be spending most of our time! Although DICE have stated that Battlefield 4 will have a much improved campaign, so we might as well give it a go anyway!

Famous for it’s large battles on beautifully detailed maps, with vehicles and fully destructible environments, what is there not to love? Looking for a more tactical and realistic combat experience? Your looking at it!

The most realistic and fun football game in existence, FIFA keeps getting better and better each year, so understandably we can’t wait for FIFA 14! And with PES tripping over itself each year as it tries to catch FIFA, FIFA just keeps taking bigger and better strides, pulling further and further away from the once reigning football champion.

With FIFA 13 bringing revolutionary ball psychics such as the unpredictable first touch, FIFA 14 builds further upon these psychics, giving us gamers an even more realistic, yet still fun, experience. Everything from the first touch, to player AI has seen an improvement, as well as improved visuals giving more realistic player movements. If like me you spend most of your time in Career Mode, then you will be pleased to know that is has undergone a major improvement, offering new features and a cleaner, clearer user interface.

What games are you looking forward to most in 2013?

More from this Author

I have always been an avid gamer and have combined my passion with my love for writing, hoping to be able to share my views and opinions to the world! So what better way than to start JumpToGamer? My favourite genres are RPG's and Strategy games, as well as Shooters and Sports games such as FIFA. I guess that covers most games then?! I play both consoles and PC, however PC is just edging it for me!